The store will not work correctly in the case when cookies are disabled.

Smoking and vaping are two subjects that have received lots of comments and diverse opinions up until now.

However, in this guide, we would be giving you accurate information on the difference between the two, the health effects, and everything else you need to know about smoking and vaping.

As you read on, you'll understand why others are switching from smoking to vaping, and you will be able to make a healthy decision.

What Is Smoking?
Smoking is the practice whereby a person inhales and exhales the fumes of a variety of burning plant material (tobacco along with over 7,000 chemicals).

This tobacco is what you'll mainly find in pipes and cigarettes. And the smoke is to be inhaled and exhaled from the mouth.

What Is Vaping?
Vaping is when a person inhales vapor from an electronic cigarette(e-cigarette) which is usually battery-powered.

So far, reports consider it to be a less harmful option than smoking. In fact, expert academic researchers, including Professor Anne McNeil and Professor Hajek, who are from King's College London and The London School of Medicine, respectively) released a report showing that vaping is up to 95% less harmful compared to smoking.

Keep in mind that E-cigarettes also come with cartridges that contain a liquid made from nicotine, food-safe PG and VG, and flavourings.

This liquid is what gets heated till it becomes a vapor that a person can then inhale. The entire process is what's called Vaping.

What Are The Health Effects Of Smoking (Tobacco)?
Smoking has links to lots of life-threatening complications, and reports from the Centers for Disease Control and Prevention (CDC) show that cigarette smokers are liable to die young. Hence, people are advised to quit smoking.

Also, it increases the risk of diverse kinds of cancer and affects the body's circulatory system, respiratory and reproductive system, amongst others.  1 in 2 smokers will die from a smoke-related illness.

What Are The Health Effects Of Vaping?
Although we cannot entirely tell you that vaping will improve your overall health, one thing is sure- people are switching in their numbers from tobacco to vaping; mainly, because research verifies that it's a less harmful option.

In fact, if you visit some online vaping forums, you'll find users who can attest to feeling better after vaping over smoking.

With that being said, let's consider some arguments that few people have raised about e-cigarettes and what the truth really is.

Can Nicotine Cause Health Effects Like Cancer?
No. Up till now, there's no scientific evidence that Nicotine causes Cancer.

Speaking on the health impact of nicotine, Professor John Britton, who leads the Royal College of Physicians Advisory Group on Tobacco and serves as the Director of the UK Center on Tobacco and Alcohol, had this to say:

"Nicotine itself is not a particularly hazardous drug; it's something on a par with the effects you get from caffeine."

"If all the smokers in Britain stopped smoking cigarettes and started smoking e-cigarettes, we would save 5 million deaths in people who are alive today.
It's a massive potential public health prize." (BBC, Feb 2013)

Are There Other Benefits To Nicotine?
Nicotine was also traced to some health benefits like weight loss, boosting cognitive functions, and Parkinson's disease prevention, as seen on CASAA (when referring to the subject of Nicotine Effects).

Ideally, when a person quits smoking and withdraws from nicotine completely, it can result in several disruptive and undesirable effects on their health.

However, when a person opts for e-cigarettes, they can still enjoy several benefits like what they'll have had while smoking. But this time, they wouldn't experience the harsh effects of withdrawals and cravings (they'll have had from quitting smoking) if they had to quit e-cigarettes entirely.

Why Is It Easier To Quit Vaping Over Smoking?
Indeed, it's not easy to quit smoking, and when you do, the effects can be gross. But if (at any time) you need to stop vaping, you'll find that it's less addictive.

That's because tobacco cigarettes have a different amount of ingredients compared to vaping.

This also means that e-cigarette users will only need to minimize the amount of nicotine they inhale gradually and can then quit completely without unpleasant experiences.

Can Vaping 'Graduate' To Life-long Smoking In Kids?
No. In recent times we have seen more school-age adolescents opt for e-cigarettes. And while this has raised lots of opinions, especially in the United States, we cannot deny that the younger generation is only a reflection of the state of adults in society.

There's still no evidence that points to the fact that students who opt for e-cigarettes will grow into adults who have a life-long habit of smoking. Until that is clarified, we can only rely on the reports that show us that vaping is a better alternative for licensed users.

Overall, we can see that youth smoking has been declining for years now, and that's a good sign.

Is It Hard To Switch To Vaping?
No, it's not tough. In the case of tobacco cigarettes, users only need to light it up and smoke, but it's a bit different with e-cigarettes, making it easy for most people to get used to it very quickly.

People react differently when they switch from smoking to vaping. For some, a puff is all they need to lose interest in smoking totally, while it could take others a while to vape exclusively.

Ideally, menthol e-liquid or tobacco may be among your first-choice flavours while you're getting used to vaping. You'll also need to have the right dose of nicotine based on the extent to which you smoke. Once you settle in, you can try more exotic flavours thereafter.

We recommend that you visit a vape shop for assistance on how to use the e-cigarette and e-liquid the proper way and learn how to maintain it.

Vaping is at least 95% less harmful than smoking.  If there was ever a time to switch to Vaping, that time is now. 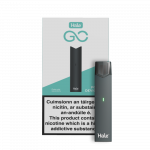